The Future of Bridge Simulation

Contribute Join Us On Discord

A Reimagining of Bridge Simulators

Thorium Nova is a collaborative game where each player takes the role of a futuristic starship bridge crew member. Each player's job, such as Captain, Navigation, Tactical, Engineer, or Communications, is unique and crucial to the success of the mission. You can play it as part of a larger event, or with your friends in your living room. It's like you're on the set of a Star Trek episode!

Dedicated players can learn to become a Flight Director, the game master behind the scenes that guides the crew through the mission while playing the part of all of the characters and aliens that they encounter. Think a Dungeon Master, but in space.

Are you a web developer, an artist, or a writer? Thorium Nova is an open-source project looking for contributors! Check out the code on Github and join us on Discord. There are lots of ways to contribute, and we would love to have your help!

Bridge Simulators, like Thorium Nova, are cooperative live-action role-playing games set in space. Players act out the roles of a spaceship bridge crew, such as communications officer, navigator, or captain. They work together to complete a set of mission objectives.

Thorium Nova adds a flight director, who sits behind the scenes to act as a game master, controlling what happens inside the simulation, acting out the roles of aliens the crew encounters, and guiding the crew through the storyline.

Many bridge simulators, like Artemis or Empty Epsilon, focus only on arcade action. Thorium Nova attempts to bridge the gap by offering rich stories in a dynamic environment, while staying simple enough for anyone to enjoy among friends in their living room.

“Thorium enables the flight director and crew. I’m a natural storyteller and Thorium opens up a world of possibilities and opportunities for creative storytelling.” 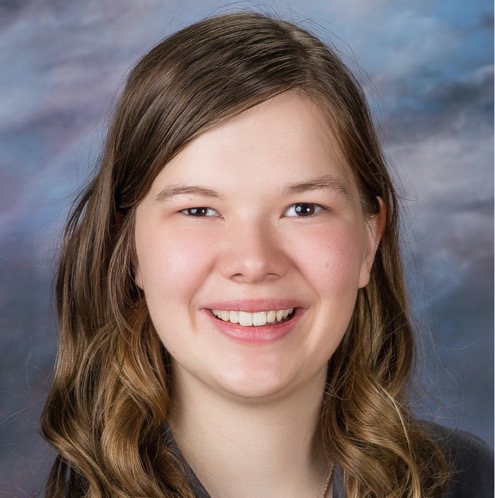 Where did this start?

Alex started working on starship bridge simulators when he worked at the Christay McAuliffe Space Education Center in Pleasant Grove, Utah. He developed Thorium Classic to help the Utah Space Centers teach young students through the discipline of wonder.

Thorium Classic was a success, but it didn't live up to its full potential for creating realistic experiences in 3D space. It also was intended for experienced flight directors, not casual players. Unfortunately, Thorium Classic never made it much further than those space centers.

Thorium Nova is the product of years of building great bridge simulator experiences for both crews and flight directors. It takes the best parts of Thorium Classic, like great flight director controls and the timeline, and combines them with exciting new concepts, like a Star Map and inter-ship crew maps.

This is combined with a simplified flight director experience that anyone can learn, along with powerful automation to make it possible for crews of any size or experience to enjoy a mission together.

These new paradigms are woven into every part of the controls, creating an entirely new, unforgettable experience — whether flying your flight at a space center, from home, or over the internet.

Thorium Nova is going to be under development for a little while before it becomes publicly available. In the meantime, you can sign up for the newsletter.

What is going to happen to Thorium Classic?

In the event that Thorium Classic development has to cease, the project is open source so anyone can download the source code and make their own changes or fixes.

When will Thorium Nova be completed?

Development started on Thorium Nova in the Summer of 2020, halted in early 2021, and resumed in fall 2021. It will likely take at least a year before a playable demo is made available. Fortunately, many of the lessons learned during Thorium Classic's development can speed the development process of Thorium Nova.

Why didn't you just build new features into Thorium Classic?

Building these features into Thorium Classic would be a dramatic departure from the normal way of using Thorium. Instead of trying to wrangle Thorium to work with this new paradigm, it makes more sense to create an entirely separate product.

Doing so has a lot of benefits. We get to start over with the designs and functionality; old code in Thorium can be replaced with the latest technologies; poorly implemented or rarely used features can be removed entirely, making the product simpler, easier-to-use, and ultimately more impactful for flight directors and crew members.

Additionally, Thorium Nova will be intentionally designed from the ground up to support the needs of a broader audience than Thorium Classic. While the original Thorium was focused on supporting brick and mortar space centers, Thorium Nova is designed with the hobbyist in mind, bringing the space simulator experience to anywhere that has an internet connection.

Will Thorium Nova be customizable?

Customization is still an open question. I like what customizability Thorium Classic has, but the features that are intended for Thorium Nova are really difficult to get right while making it infinitely customizable.

It’s much more likely that Thorium Nova will support a plugin or mod system which allows intrepid hackers to add or modify aspects of Thorium gameplay. This would include creating custom themes and layouts, adding new ships, modifying the properties of ship systems, creating new solar systems and worlds (or an entirely new universe altogether), defining factions, and writing random encounters, like second storylines which run parallel to the primary story.

Where did that cool logo and cover image come from?

I made the logo myself, based on the original Thorium logo. That symbol is called the "Triquetra" and is associated with the god Thor in Norse mythology. Seems appropriate to use with a product named after the God of Thunder.

The cover image was also generated by myself in Blender, using a 3D model and planet texture which ship with Thorium and a procedurally generated background and ring system. This isn't exactly what the Star Map will look like, but I hope to make it at least somewhat close.