I've begun work on a new screen used for navigation. The Flight Control screen that I showed last time only lets you go places, but how do you pick where to go? That's what this screen is for.

The Thorium Classic navigation screen looks something like this:

There are a number of problems with this:

I'm fixing all of those problems in Thorium Nova with the new Navigation screen. Check it out: 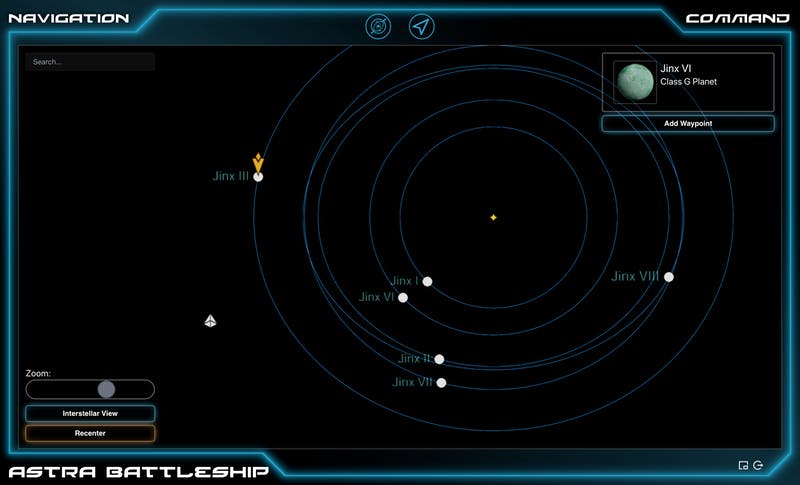 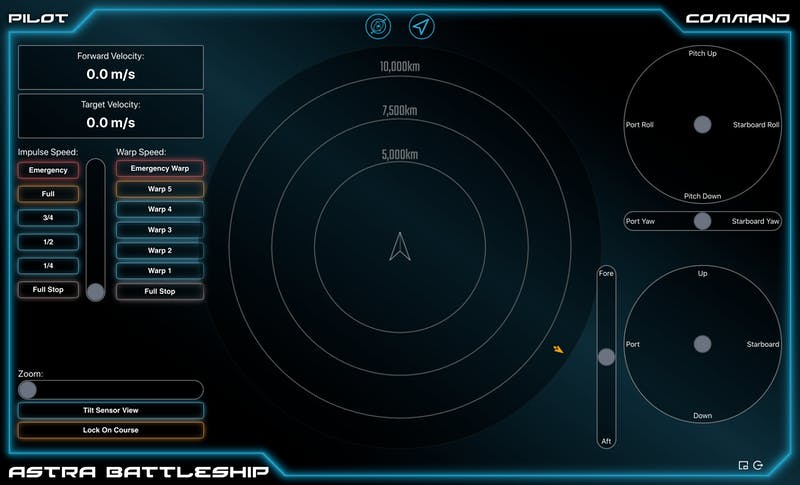 On the viewscreen, the waypoint arrow appears at the edge of the screen showing which direction the ship needs to turn. Notice the arrow right next to the planet, and another arrow pointing off towards an off-screen waypoint. By using the Viewscreen and the Flight Control screen together, the Flight Control officer can easily rotate the ship to make sure it's going the right way. 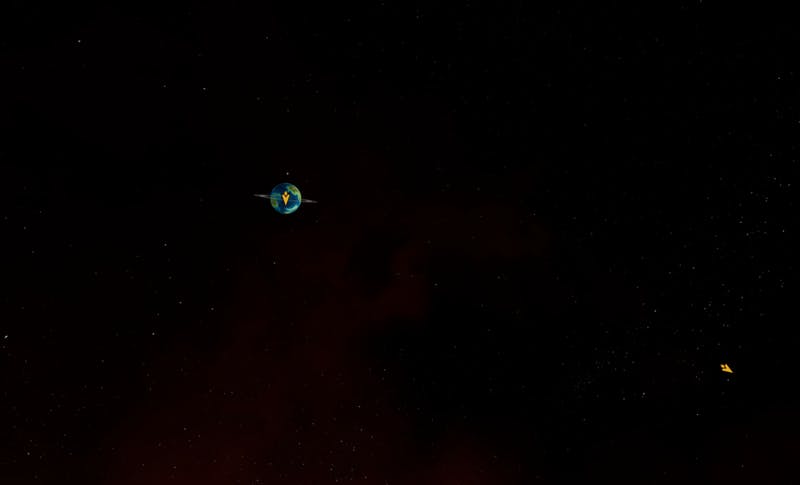 Warp Engines CAN be used in a solar system, and are absolutely necessary to get from the inner planets to the outer planets in short order. However, there is a "no-wake" zone within solar systems, limiting your maximum speed. Otherwise, you would easily crash. Once you cross the heliopause and enter interstellar space, your ship can travel much faster, enabling interstellar travel.

One thing that I've discovered as I've played with Warp Engines is that it is INCREDIBLY easy to crash, or miss your destination entirely, due to the high speeds and low precision. Because of this, I've decided that Thorium Nova will have an auto-pilot system. Once you use your thrusters to line up with a waypoint, you can click "Lock On Course". This will make slight adjustments to your course to line your ship up with precision that isn't humanly possible. It will also automatically slow your ship down as you approach your destination. This is also necessary to enter any solar system from Interstellar space, since Thorium Nova needs to know if you actually intend to enter a solar system, as opposed to passing right by it.

Newtonian physics fans will weep - I've removed Newtonian physics from the Impulse Engines. Getting the inertial dampeners to work correctly while remaining intuitive was an absolute pain, so I just decided to go the route of other spaceship simulators - treat the spaceship like an airplane. Whatever direction your ship is pointing is the direction you move forward. Once I made that small change, the controls were suddenly much more intuitive. Hopefully the hard sci-fi supporters will understand that I'm doing this in the name of fun and ease-of-use.